Barry Ziegler, Head of Fixed Income at Bell Potter talks about his fascinating career and experience. Barry was involved in bringing the first retail hybrid, the National Australia Bank NABHAs to market 21 years ago, and gives us his views on the state of the hybrid market.

What first attracted you to the asset class?

The first job I got in 1979, in Melbourne, was at ANZ Savings Bank, in its graduate training program. The program promised four rotations over six years. My first rotation was in Treasury in the late 70s. It was a hoot, lots of fun, plenty of drinking, a lot like university really, except I got paid for it. I was in fixed income at the savings bank.

I was playing semi-professional soccer at the time and enjoying life tremendously.

Then, after almost four years in fixed income, they moved me into my second rotation into internal audit. This made sense to the bank given my background in Accounting, but it was not what I wanted. However, I stuck it out for a few months and then resigned to take up a position at TransCity Discount Ltd. There I worked with Simon Walters for six months, who is now at NAB.

Then, I went to stockbroker D&D Tolhurst and set up their fixed income operations for retail clients – bonds, semis, including gas and fuel, MMBW and Esanda debentures. Interest rates were in double digits at the time, certainly very different to today.

In 1987, I got an offer to go into wholesale market with Peter Walman & Co. trading as a bond broker, before moving to Short Term Discount Ltd, an authorised official dealer, running the fixed income trading book until 1996.

There was a change to the official dealers list in 1996, and I moved back to ANZ joining its stockbroking team and set up the fixed income operation. Citi Smith Barney bought out ANZ stockbroking and that group bought the first of the retail hybrid securities – the NABHAs to the market.

So, I was involved in the beginning of the retail hybrid market. I had the experience in the team to help them get it over the line. I also wrote the reports and ran investor education for the group, as well as trading with our Citibank parent.

Quite amazing, to be part of establishing a new market and doing the research for the company.

Morgan Stanley took over after GFC, giving the joint venture had a more institutional bias, Dean Surkitt, Managing Director of Retail Stockbroking at Bell Potter asked me to set up the fixed interest trading and research area with Damien Williamson in 2011. Dean was also my boss at Citi Smith Barney.

Bell Potter is now in the top three for every new hybrid that is bought to the retail fixed income market. Bell Potter conducts seminars and communicates changes in the market. We publish a weekly report on the hybrid market that is distributed to clients of the firm. Virtually every ASX listed hybrid Bell Potter helps distribute.

Like other financial companies, ASIC has conducted audits and Bell Potter has ticked every box. I’ve worked alongside Dean Surkitt, Managing Director Retail, and together we have ensured clients know the product and risk of hybrids.

Despite the 48 pages of legislation needed to get government bonds listed on the ASX, Barry feels strongly that corporate bonds should be on the ASX. It would be easy he says, just have a look at the successful New Zealand market and simply copy their model.

How long have you been investing?

I am more into shares and am fortunate enough to have gotten into AfterPay just after listing.

But, there was a time when my Mum and Dad needed income and I suggested they invest into the hybrid space.  Dad always said that he needs income to live on now. None of the banks have missed an income payment and only Bendigo and Adelaide bank did not convert at the first opportunity. It’s been a very consistent way to invest and get that much needed income.

I run my own super fund, and invest in two international high yield listed investment trusts – KKC and NBI, but they make up only about 5% of my SMSF.

For conservative investors seeking income, the hybrid space has been superb. Australia has the best regulated banking system in the world and our banks are unquestionably strong.

What has your experience/ performance been?

The best performance I’ve seen has been in the old hybrids.  There were convertible notes with an option on the equities at a fixed price, as the hybrids reached the conversion date if the equities traded above the option price, capital gains resulted. Two issues that did well were the Transurban CARS and the Toll Holdings Notes, when Patrick bought them out, they were more like equities.

However, the best you can do with bonds or fixed income is to get your money bank and reasonable income along the way, remembering that fixed income is a defensive income-producing asset.

What do you think might happen in the hybrid market?

The hybrid market is going to continue as banks seek Tier 1 capital, which is attractive for issuers and investors with the franking credits.

The Tier 1 capital provides stability for the banks, they have excess franking credits to use, so they aren’t so expensive.

Investors love hybrids as they know the banks are relatively safe. Most retail investors have ordinary equity but want the stability and a regular income stream that the hybrids provide.

What are you expecting this year?

Refinancing for the NABPBs which are worth $1.7 billion are due for first optional exchange in December 2020, are likely to come through soon.

Bendigo and Adelaide Bank (ASX:BENPE) are due November 2020 and next year Macquarie Bank (ASX:MQGPB) Mar 21 and WBC (ASX:WBCPF) also in March and (ASX:WBCPG) in December, ANZ (ASX:ANZPD) in September, CBA (ASX:CBAPE) in October and AMP (ASX:AMPPA) in December.

Is the market just refinancing?

The banks have sufficient capital. The CBA Tier 1 ratio is 11.3%, they don’t need more.

NAB will be the big one, they will offer an attractive rollover rate. Then we’ll see what demand is like for additional capital. Next year will be a big year!

To get a guaranteed rollover need to be invested in the hybrid, or just be a client of a broker like Bell Potter. We do allocate securities to our client base. We are present on virtually every ticket and advise the bank wanting to raise hybrid capital where the market is and where they need to pitch.

What are you doing now?

I’m still working at Bell Potter, being a good stockbroker. Outside of work, my aim is to watch every Melbourne Victory match – I want to travel Australia to watch their games.

Aside from that, I have shares in three racehorses with young up and coming trainer and friend Charlotte Littlefield, Hayfield Racing, and that just about speaks for itself! 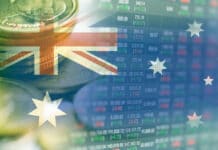 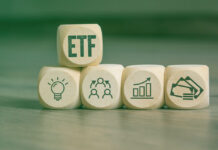 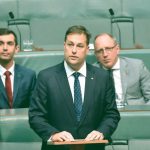 Bonds and Gold: A Tale of Two Safe-Havens