Fixed Income News spoke with Barry Ziegler, Head of Fixed Income at Bell Potter Securities about the capital notes market outlook in 2022, coming off the first major offer for the year from ANZ.

How do you see the outlook for Capital Notes as an investment in 2022?

The demand is certainly there. The recent ANZ Capital Notes 7 (ANZPJ) offer was closed in just two days raising $1.28 billion with the margin set at 2.7 percent over the three-month Bank Bill SWAP, so we see the outlook as still being really positive.

This was the first new issue under the new financial services industry Design and Distribution Obligations which seems to have had little impact as the offer closed early and was heavily oversubscribed. Mum and Dad retail investors who go through discount brokers or the likes of Commsec didn’t seem to get a look in.

Do you see the major banks continuing their Capital Notes market offers at the same pace as in the past?

It’s cheap capital for the banks and it’s also a good investment for investors. Essentially you’re buying preferred equity in a major bank and they’re all looking very strong balance sheet-wise and as our economies recover there is going to be less risk in the markets and these investments will continue to look quite favourable.

Going forward, I think we’re going to see continuing rollovers. The banks don’t really need this capital, but it is cheaper than raising equity.

The Commonwealth Bank is likely to have the next offer. They’ve got CBA PERLS IX (CBAPF) coming up for optional exchange on 31st March – around $1.6 billion. They should have no problems at all in terms of raising, but it will be interesting to see what they do – whether they defer this particular security as they’ve got CBAPD (CBA PERLS VII) coming up in December ‘22 which is a $3bn issue.

How do you see the ANZ Capital Notes 7 offer in terms of value for investors?

The rollovers were above expectations for this line, even though this security has the lowest margin we’ve ever seen printed in this sector. We would’ve thought there might be some pushback because you’re going down from the ANZ PEs which have a margin of 3.25 percent – you’re dropping 55 basis points, but that wasn’t the eventuality. The people that got advice and also the institutions certainly went in for these securities. When I wrote my note about ANZ, I highlighted that low margins effectively reflect the strength of the domestic economy, so it means there is less risk, so the banks don’t have to pay up for this type of instrument. Our domestic economy is looking good, there’s less risk in the market, there’s more confidence, so that’s why that margin was so low. However, 2.70 percent over compares very favourably to alternate fixed income investments including your traditional term deposits, so this issue has done well.

Also read: History Never Repeats… Or Does It?

Average sector trading margins are near decade lows. Do you expect margins to continue to grind tighter?

ANZPJ is a March 2029 call. We did our pricing off the Westpac WBCPK issue which is a September 2029 call and has been trading at 2.50 percent over right the way through, so ANZ did offer an extra 20 basis points above a slightly longer Westpac security. So, the margins have remained very tight even with this issue because traditionally what you see is that when you have a new issue you tend to see the margins on all the stocks blow out as people do the switches into the new one. You didn’t see that happen with ANZPJ because there is a shortage of stock there.

The other favourable thing is that if the Reserve Bank does raise interest rates – they are being patient – these are floating rate notes so you’re going to get the extra benefit of additional distributions.

We’re still very keen on the sector. You have every major bank issuing, including NAB and Westpac in the second half of this year.

There is around $1 billion invested in the BetaShares Hybrid ETF (HBRD), why would investors choose to invest in individual hybrids rather than in a fund?

Chris Joye’s fund is great and does very well, especially for those that don’t have the time, access to advisers or the inclination to look closely at their portfolios. However, as a full-service broker we can advise clients on specific opportunities in the market and provide buy and sell recommendations to take advantage of market adjustments.

If inflation takes off, how do you expect the capital notes market to perform?

Once there is inflation in the market the Reserve Bank will be forced to lift interest rates and then, the margin goes up and you’ll get more income. If the Reserve goes too hard, which I think they’ll be reluctant to do, then that will bring risk and that could blow out the margins.

ANZ was finely balanced at 2.70 percent, even though most of the market was trading at 2.50 percent. So there’s a good chance that ANZ could open up at 2.60 percent which would give you a slight premium, but you’re not going to get the premium you were getting out of securities a couple of years ago. The days of the massive premium are gone. But, what we’re seeing is that there’s a lot of money in the system, and there’s pent-up demand, with a lot of cash sitting on the sidelines. 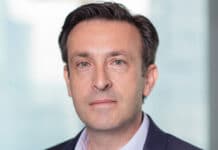 CSL Turns To US Private Placement Market To Raise US$4bn