Australian bond market re-pricing over the past month has given fixed income portfolios an “attractive yield premium” and created the prospect of strong performance as yields normalise, according to leading fixed income manager Western Asset Management.

Western Asset is a specialist fixed income manager with global funds under management at A$685 billion.

In a media release, Anthony Kirkham, Head of Investment Management and Head of Australian Operations at Western Asset, says: “The situation we are in now is that Australian fixed income offers an attractive yield premium relative to other developed market bond markets. Investors are getting efficient returns for risk plus solid income generation.”

As one of 11 countries with a AAA credit rating from the three international credit ratings agencies, backed by an attractive economic backdrop, Australia’s relatively lower inflation rate could suggest lower bond yields.

“We believe that market pricing has moved well beyond what is justified by fundamentals. Market pricing indicates the RBA will increase rates in consecutive meetings over the rest of this year, reaching 4% by year end, and continue into 2023, including multiple hikes greater than the standard 25 basis points,” Kirkham says.

Western Asset’s base case is that the RBA is likely to be more cautious in removing monetary policy accommodation. It is acutely aware of the direct impact of raising rates in an economy reliant on variable rate loans, the recent drop off in consumer and business confidence, as well as the meaningful increase in the cost of living. Market pricing appears to be discounting these factors.

Kirkham says: “Our expectation is that the RBA’s projections for inflation entail a cash rate around 2% by the end of the year – well below market expectations of around 4%.

“The bond market will benefit from evidence that the RBA is removing monetary accommodation in a responsible manner, without threatening economic growth, and also from a reduction in rates volatility globally.” 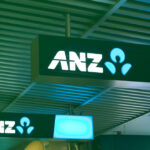 Brenton Gibbs
ANZ Bank has raised $1.75 billion from its 10-year tier 2 debt raising this week with a preference being shown for fixed-rate allocations. Of the...