With supply chain issues, higher housing costs, higher commodity prices and producer price inflation remaining square in the sights for 2022, higher inflation is a risk for global markets, according to ClearBridge Investments.

ClearBridge Investments is part of the Franklin Templeton Group and provides a range of investment management services to investors globally.

Portfolio Manager at ClearBridge Investments Nick Langley said in a recent paper, Infrastructure in 2022, that rising bond yields were relatively more important for longer-duration assets against this backdrop.

“Within infrastructure, utilities tend to be shorter duration (as their assets are repriced by regulated returns at frequent regulatory resets, making them relatively less sensitive to movements in bond yields over the medium term), whereas toll road and concession assets without the ability to reprice their assets or returns tend to be longer duration and hence relatively more sensitive to changes in interest rates.

“We expect nominal bond yields to remain relatively low by historic standards for the long foreseeable future; this means real yields will remain negative and continue to support investment in infrastructure.

“Against this backdrop, given our base case of slowing growth and higher inflation, our playbook for infrastructure portfolios broadly is to watch for a transition from a growth orientation, in which we prefer higher exposure to economically sensitive user-pays infrastructure and lower utility weightings, to a more defensive positioning as growth fades and utility underperformance unwinds. In the base case economic view this will be a measured process throughout 2022, while in the alternate view this transition will be accelerated.

“We’ll look for defensive growth exposure through communications and high-growth utilities, including renewables, and we’ll look to ensure strong inflation correlation with utility positions, including the use of midstream pipelines that would benefit from a structural change in the view of long-term equilibrium energy prices.

“Overall, markets will find support given excess liquidity, but should be subject to corrections as growth and inflation expectations are recalibrated. We expect markets to be broadly in a mid-cycle phase, where earnings growth is required to support multiples and returns moderate from the relatively high levels of the last three years.

“Going forward, in an uncertain macroeconomic environment, the certainty of future earnings and growth will be key: infrastructure and utilities significantly outperform other equities on this measure, with the impact of the pandemic and large trends such as decarbonisation in the face of climate change either largely known or highly predictable.

“Should inflation persist as we believe it will, infrastructure portfolios will hinge mainly on what type of growth we see: amid lower growth, we would look to add utilities, with bond yields lower and utilities not sensitive to a downswing in GDP. If growth surprises to the upside, transport infrastructure, in particular toll roads, will look attractive as higher GDP would result in higher economic activity and higher throughput.

The Other Inflation: Climate Inflation

“Once pandemic-related supply inflation begins to fade, looming not too far off is climate inflation, which remains a relatively underdiscussed issue. We expect climate inflation to begin to appear in the middle of this decade and likely run for a decade or two.

“Yet over the last decade we have seen a steady decline in the cost of capital for utility and infrastructure companies, combined with an increase in forward earnings growth, particularly in the utility sector that is investing in its asset base to decarbonise economies and mitigate the effects of climate change. We believe the market has not taken into account the cheaper cost of capital and better growth profile for these sectors. Based on this disconnect, we believe there is room to run for infrastructure in 2022,” Mr Langley said. 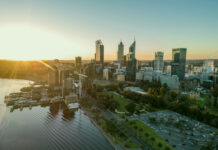 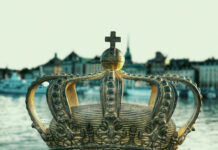 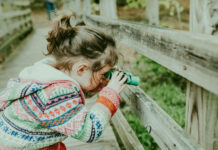