Offshore and domestic yields rose sharply following hawkish commentary from the US Federal Reserve (Fed) after its first tightening. Inflation expectations rose as the impact of Russia’s invasion of Ukraine on global supply chains, commodities and energy prices became more apparent. Risk appetite initially fell, only to later recover. Higher yields meant that the Australian bond market, as measured by the Bloomberg AusBond Composite 0+ Yr Index fell by 3.75% over March, the second-largest monthly fall since the early 1980’s.

We suspect the most likely scenario is one where the RBA removes policy accommodation steadily with the goal to extend, not end, the current cycle.

The economy grew by 3.4% over the December quarter, with most of the gain driven by a post-lockdown surge in consumption. Partial demand indicators point to a dip in activity in January and subsequent rebound in February. This profile was evident in February labour force data where hours worked rose by 8.9% after falling 8.6% in January. The unemployment rate fell from 4.2% to 4.0% as the labour market continued to tighten up.

The impact of higher fuel prices, talk of higher mortgage rates and Russia’s Ukraine invasion was evident in a sharp fall in consumer sentiment over March. In a pre-election Federal Budget, fiscal policy responded to rising cost of living measures via a range of tax breaks and a temporary reduction in the fuel excise.

Credit markets were volatile against the backdrop of shifting rate and inflation expectations and the implications of a flatter-to-inverse US yield curve for the medium-term growth outlook and potential for future recession. These worries spilt over into risk assets, with credit spreads pushing materially wider, before partially re-tracing towards month-end. Domestically, Australian fixed and floating rate credit indices closed +18bps and +17bps wider. Reflecting the high volatility, the Australian iTraxx Index widened to approximately 100bps before more than retracing through its opening level of 92bps, finally closing the month 19bps tighter at 73bps.

The RBA’s rate tightening patience, framed around choking off the expansion too early and losing the opportunity to fulfil its welfare maximising objective, would have been tested by recent events. While inflation still appears largely cyclical and supply-side related, the risk of seepage of these pressures into higher core inflation and longer run inflation expectations has risen.

On the policy side, it appears as though the Fed is on a quicker path to neutral settings and has also indicated that it is prepared to move to outright tight monetary conditions if required. Back home, a strong recovery in the nominal economy has allowed the government to provide the household sector with temporary ‘cost of living’ support via tax breaks.

Furthermore, labour market improvements and the receding grip of the pandemic suggest that the time is coming for the RBA to begin unwinding the 0.75% of 2020 emergency pandemic cash rate cuts. Given near-term cyclical inflation risks, we look for the RBA to lift the cash rate to 1% by the end of this year. Our view is that the economy can absorb such a move, but we suspect that market pricing for a 3% cash rate from H2-2023 out to the end of 2025 is too much and risks tipping the economy back towards recession.

We suspect the most likely scenario is one where the RBA removes policy accommodation steadily with the goal to extend, not end, the current cycle. Our base case view has the cash rate lifting from 1% at the end of this year to 1.75% by the end of 2023 and to 2% by the end of 2024.

While we still look for policy normalisation, we remain sceptical of the speed and quantum of tightening currently priced in. Hence, we see some value at the shorter end of the yield curve. We see 10-year government bond yields at month end levels of 2.84% as beginning to offer value, providing investors with term premia at a time of heightened inflation risk.

We continue to expect further bouts of volatility caused by geo-political events, pandemic machinations, and central bank actions to roil credit markets. These periods can provide opportunities when spread widening is in excess of fundamentals. As macro policy settings transition from accommodative to more neutral levels, we remain very active and selective, favouring relative value within sub-sectors, whilst being judicious on overall credit beta. Recent spread widening has allowed us to access high quality names at attractive levels.

We remain attracted to semi-government securities, particularly those issued by NSW, as market pricing has adjusted to the removal of formal quantitative easing from the RBA. We hold onto our inflation protection strategies, especially as the Russian invasion elevates oil prices and exacerbates supply chain pressures. Furthermore, there remains the tail risk that the RBA allows the labour market to overheat and lead to an upward wage/price spiral. 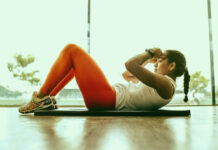 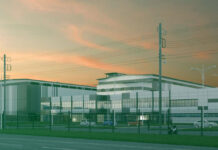 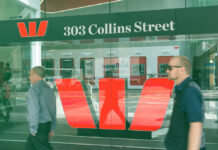 How To Avoid ‘Greenwashing’ For Superannuation And Managed Funds

In a tight market, one hybrid stands out (ASX:NABPH)

Shred It For Credit

What Could Lie Beyond An ‘Uneventful’ RBA Meeting