I’ve watched and admired Charlie Jamieson for years. Setting up with partner Angus Coote a business focused on the highest quality bonds – federal and state government as well as supranational, has been no mean feat in a little understood asset class and in a market where Australians are focussed on yield.

First question I asked Charlie was: Who wants to buy a ten year government bond paying less than 2% per annum?

Charlie is quick to give me two astounding facts:

Duration is very helpful, but one of the minority parts of the story. Who would have thought?

Already I can feel Charlie is on a mission, to educate as to why to invest in high grade bonds and he’s got an eager listener, but I pull back on the specifics for the moment and ask him about his career and how he started.

I headed overseas as soon as I’d finished a commerce degree and went to work for Merrill Lynch in New York on its graduate program. I couldn’t get a job there at the time as the tech bubble had just burst, so transferred to London where I ended up managing US Treasury and European government markets. I also worked in Tokyo for a little while.

Then I came back to Australia still working for the same company, which became Bank of America, as Co-Head of Interest Rates and Fixed Income and Commodities trading in Sydney.

But I always wanted to start this kind of fund. Angus and I had known each other in London, and we used to talk about this a lot and why Australia didn’t have these sorts of offerings.

The reason goes back to the Howard-government years when Australia was running massive surpluses and there was even a discussion about not having a government bond market at all. But the banks pleaded for it to stay open so there was a risk free rate to price from. Outstanding debt got down to $40 billion, but then the GFC hit, and Australia has run deficits ever since.

Now there is $1 trillion plus invested just in the high grade part of the bond market. Investors can get access to multiple sub sectors:

It’s great for investors as they have a huge amount of choice.

Not that long ago, there was little choice and funds needed very wide mandates and they invested in all sorts of securities but were a long way away from what you’d want to invest in for a defensive allocation.

Asset allocators now have far greater choice and can concentrate on specific sectors depending on where we’re at in the market. It’s a good thing for the industry and as people age and need to be more certain of superannuation and need to add more defensive assets to their portfolio. In a $3 trillion industry, there is lots going on out there.

At this point, I realise I haven’t got a good enough description of what working life was like for Charlie in London, so ask him to tell me a bit more…

From a professional point of view, it was extraordinary. I was working with some of the smartest people and the exposure to the globalisation of everything. Seeing multi-billion dollar pieces of capital flowing through the system as the world’s largest investors were allocating to US Treasuries, was exciting.

It was a time when the markets were fairly simplistic compared to what they are today. I would literally hold a phone to each ear and be screaming across the trading floor. Fast forward to today and everything is eerily quiet, everything is done electronically. Sales people have essentially been downgraded to facilitation only.

Price discovery is very evident on trading systems but there is a fragility in that. While you can see the price, you realise that the volume is almost non existent. As soon as you go in and want to put significant volume through, they agronomically back away very quickly.

We have seen instances such as in the 4Q18 where there was a big bond market sell-off; credit froze in November and there was no high yield debt issuance and then equities dropped 20% in December. Liquidity becomes problematic. Repricing can be extreme and lightning fast

That’s something that has changed since I first started, and we’ve had to evolve to the new operating environment and that’s not going away.

We get a lot of funds that operate in this space because we have a cash settlement futures market, which is incredibly unusual. It means that if an investor wants to build a big position and get the timing to coincide with a time when they are going to make a lot of money, then they can immediately get out. So, you do often see some over-reaction around those expiry points.

It’s interesting in an electronic market where humans don’t get involved until things get much further mis-priced. Certainly, markets have changed a lot.

Since we began, our business investor’s knowledge of the market has been transformational. When we started, people thought we were operating in an underwear business. Which was fair enough back then. Investors didn’t need fixed income when they could get 5-6% in term deposits.

Fast forward to now, when deposits are paying nothing and government bond yields are elevated compared to cash. Credit spreads are tight, dividends are unstable and share prices are high in order to get them. So, it’s a really challenging market.

Investors have made a lot of money in equities but as they get older want to move to lower risk settings and avoid sequencing events. Advisers have learnt about the asset class and the role fixed income plays in portfolio allocation.

We don’t think investors should just hold government bonds, there’s a whole lot of reasons they should allocate to securities across the fixed income spectrum. We provide access to a particular sub sector and aim to help our clients optimise that.

Next week, Charles Jamieson gives us his thoughts on the current market, inflation and Jamieson Coote’s probable strategy for their funds for the rest of the year. 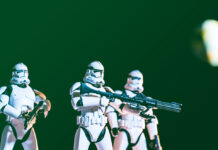 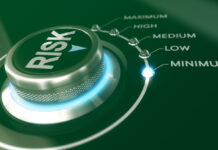 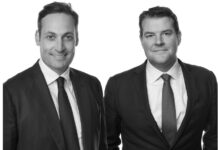