Home News What Impact Will The 20-21 Budget Have on Fixed Income? The biggest impact from the Federal Government budget on the fixed income asset class is the massive debt it is going to undertake to help the economy through the COVID pandemic.

The AOFM, on behalf of the government will issue billions of dollars in new bonds to fund support measures for businesses, personal tax cuts, JobSeeker, JobKeeper and JobMaker payments, amongst other stimulus measures. Net debt is estimated at $966.2 billion in the 2023-24 year. 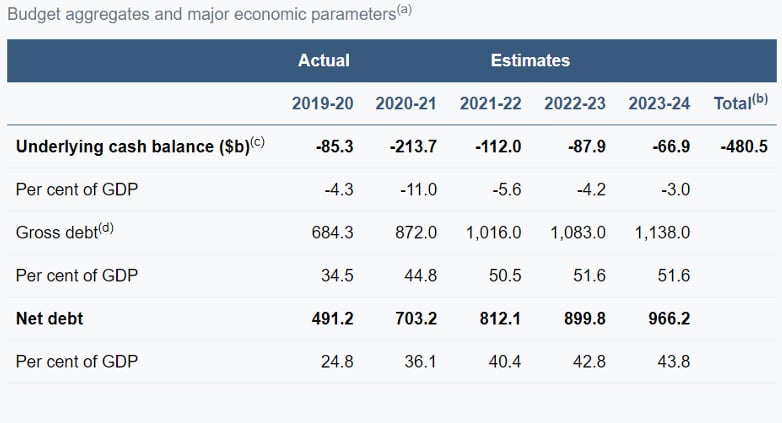 There is no guarantee that the current measures will be enough. Much depends on finding a vaccine and opening our state and national borders to tourists, international students and immigrants. If outbreaks continue and businesses stay closed along with our borders, further support issues may be needed.

According to KangaNews, the AOFM has already raised A$117 billion toward the new budget requirement before the budget announcement and indicated that it will continue to issue A$3-4 billion in Treasury bonds by tender in most weeks for the remainder of the 2020 calendar year.

To date, the AOFM has had no trouble raising funds this year. Many of the new issues have been oversubscribed with Australia still holding an attractive AAA credit rating and offering comparatively high interest rates.

The AOFM’s most recent September issue due to mature in six years in September 2026 raised $25 billion with bids of $66 billion. The coupon was 0.5%.

A couple of problems loom on the horizon:

No Cash Rate Cut But November Is A Strong Possibility

Expert View – An Interview With Barry Ziegler, Head of Fixed...