“Three consecutively higher core inflation readings provide the RBA with the smoking gun needed for a May lift-off in the cash rate.”

The domestic yield curve lifted and flattened over the month. At the shorter end, the three-year government bond yield rose as tightening expectations were brought forward and ended 37 basis points (bps) higher at 2.71%. Rises in yields were also experienced at the longer end of the yield curve, but not to the same extent. 10- and 30-year government bond yields rose by 29bps and 21bps to end the month at 3.13% and 3.46%, respectively.

The key economic release was the March quarter Consumer Price Index (CPI). A much higher than expected 2.1% quarterly rise in the headline rate and 1.4% quarterly lift in the trimmed mean pointed to broad based price rises. Elsewhere, the March NAB Business Survey showed a lift in activity and business confidence. Consumer sentiment fell again in April, the fifth consecutive fall, with the prospect of higher interest rates and cost of living pressures weighing on consumers’ minds.

The rate of improvement in the labour market slowed in March, with a 17,900 lift in employment below market expectations. The unemployment rate lifted from 3.9% to 4.0%. Forward-looking labour market indicators point to ongoing near-term labour market strength.

Three consecutively higher core inflation readings provide the Reserve Bank of Australia (RBA) with the smoking gun needed for a May lift-off in the cash rate. Our base case has the cash rate lifting to 0.25% and the RBA signalling that it will allow maturing bonds to roll of its balance sheet on maturity.

There are currently numerous cross currents, making it difficult to determine the exact sources and persistency of the current inflation pulse. Global pandemic fiscal stimulus no doubt played a role, as did disruptions to global supply chains and higher energy prices pre and post Russia’s Ukraine invasion. We see a large portion of the inflation pulse as cyclical but see an emerging trend towards deglobalisation as lifting core inflation over the years ahead.

Against this uncertain backdrop, and at a starting point where the economy is only 3% larger than it was at the end of 2019 just after the RBA cut the cash rate from 1% to 0.75% in October, the RBA will have to decide how quickly to normalise the cash rate.

Our view remains that their goal is to extend, not end, the current expansion. A more moderate tightening cycle which has the cash rate at 1% at the end of this year and 2% at the end of 2023 gives the RBA the best chance to meet its full employment, welfare and inflation objectives.

Market pricing remains aggressive, with futures markets pricing in a 2.50% cash rate by December and 3.25% by mid-2023. Such a lift would take monetary conditions from accommodative to restrictive and runs the risk of creating financial instability via falling asset prices and outright recession. The nature of the current inflation pulse does not warrant such a strong response in our view.

Furthermore, by tightening sooner than expected several months ago, the RBA reduces the risk of getting behind the inflation curve. At month end levels, we still see value at the shorter end of the yield curve. Likewise, we see 10-year government bond yields at month end levels of 3.13% as beginning to offer value, providing investors with term premia at a time of heightened inflation risk.

We continue to expect further bouts of volatility caused by geo-political events, pandemic machinations, and central bank actions to roil credit markets. These periods can provide opportunities when spread widening is in excess of fundamentals. As macro policy settings transition from accommodative to more neutral levels, we remain very active and selective, favouring relative value within sub-sectors, whilst being judicious on overall credit beta. Recent spread widening has allowed us to access high quality names at attractive levels.

We remain attracted to semi-government securities, particularly those issued by NSW, as market pricing has adjusted to the removal of formal quantitative easing from the RBA. We hold onto our inflation protection strategies, especially as the Russian invasion elevates oil prices and exacerbates supply chain pressures. 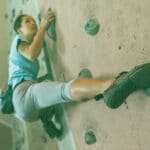